Prince Valiant and Sir Gawain arrive in Lockbramble,
the unhappy fiefdom of the kidnapped Lord Grunyard. 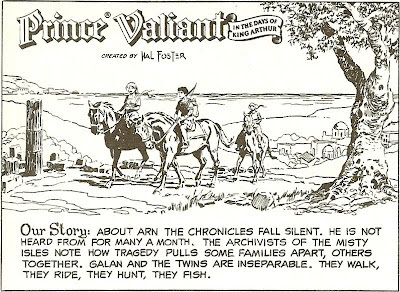 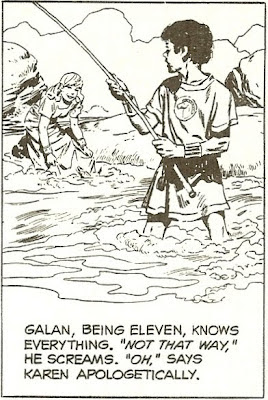 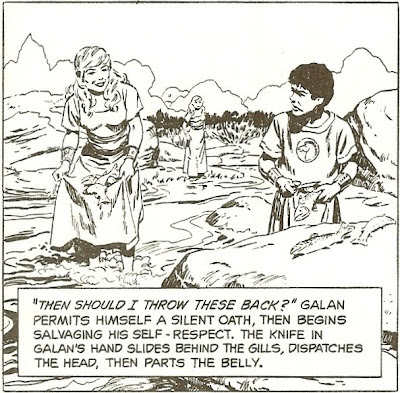 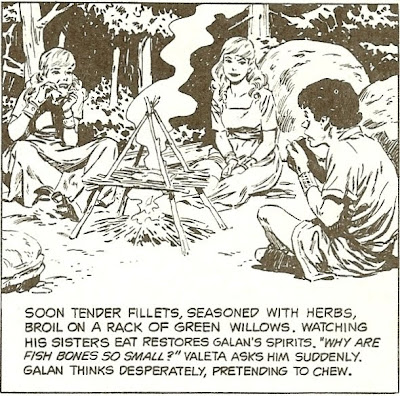 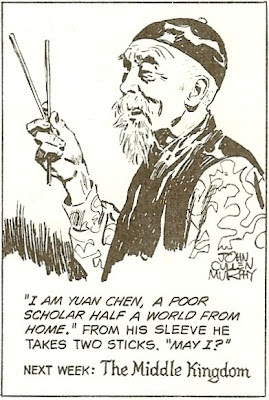 Posted by Michael J. Bayly at 3:30 PM No comments:

Back to the Wall 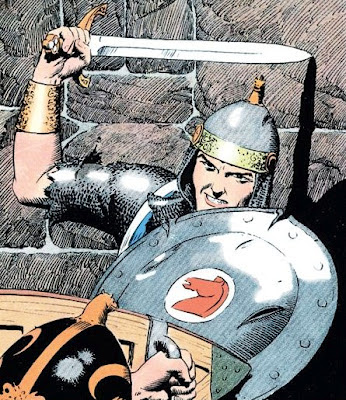 Art: Hal Foster.
Source: From the cover of a 1953 German collection of Prince Valiant strips. (With thanks to Axel M. Wulff.)
Posted by Michael J. Bayly at 9:57 PM No comments: 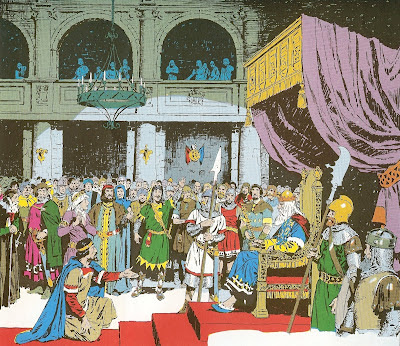 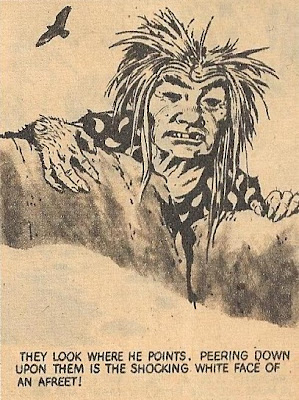 Journeying into Wales to investigate reports of black magic, Prince Valiant and his companions are startled by the appearance of an afreet – a clear warning not to venture further. Yet Val recalls Merlins's counsel, and is determined to press on and discover the truth behind the tales of haunted Illwynde Castle and its "Demon Knight."


Art and text: Hal Foster (March 1949)
Source: One of the Prince Valiant comic books my father collected in 1954-55 and which were published and distributed by Associated Newspaper Ltd. of 60-70 Elizabeth Street, Sydney.
Posted by Michael J. Bayly at 10:58 PM No comments: