“He Wasn't a Superhero But He Was a Hero” 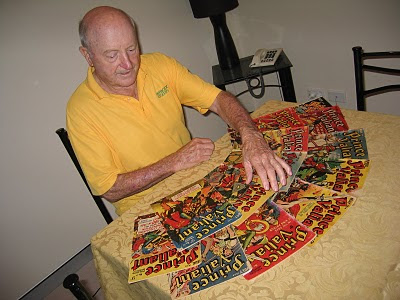 That’s how my father, Gordon James Bayly, describes the appeal that Prince Valiant had for him when he was a teenager. Come to think of it, “not a superhero, but a hero” is, for me, also a pretty good description of my Dad! 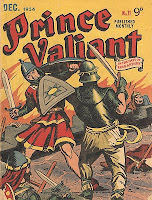 As I mentioned in my previous post, it was my father's collection of thirteen Prince Valiant comic books from the 1950s that sparked my interest in Hal Foster’s masterpiece. It also eventually led me to start collecting the Prince Valiant strip from the Sun Herald newspaper – a weekly ritual that I maintained for 15 years (1978-1993).

During my visit home to Australia last year, I sat down with my 73-year-old Dad (born the year Prince Valiant was first published) and interviewed him about his interest in the heroic prince named Valiant. 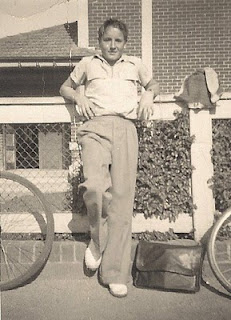 At the time I guess I was about 16 or 17 and most of the comics that were coming out in those days were Captain Marvel and all sorts of superheroes whereas Prince Valiant was just a nice ordinary guy who was always against the “dark side.” He wasn’t a superhero but he was a hero.


Did the caliber of Hal Foster’s artwork have an impact on you?

Of course. It was excellent – always drawn very well with a careful attention to detail.


Were the comic books mailed to you or did you have to buy them in a store?

I bought them at the local newsagent in Gunnedah. 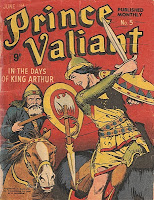 Yes, they came out monthly and I used to wander down in the middle of the month and hope they were there. If not then I’d start going back every couple of days to make sure I didn’t miss out on getting that month’s issue.


There’s now been two artists who have taken over from Foster and drawn Prince Valiant. You’ve seen the Sunday strips [by John Cullen Murphy] that I collected back in the ’80s and the book [by Gary Gianni] that I gave you for Christmas. Does the work of these artists hold your attention? Is Prince Valiant still worth reading?

Yes. The new artists are very good and have tried to follow the original as best they can. It’s a little bit different, the way they’ve taken the story through. But other things are the same. There are no word balloons. They’ve kept the writing of the story beneath the drawings. 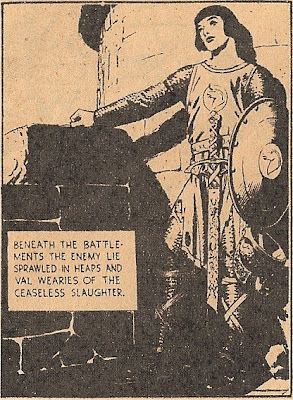 Above: A war-weary Prince Valiant. The comic books my father collected in the 1950s,
from which this illustration is taken, were actually black-and-white compilations
of Prince Valiant strips or installments from the late-1930s to the mid-1940s.

Are there any particular stories or adventures that stand out for you?

No, they continue on through the series. There’s a storyline running right through but different adventures. Over the years I’ve probably read each one of these [comic books] half-a-dozen times. I suppose it’s 56 years ago [when I collected them] and half-a-dozen times is not too often. Now you’ve got them out I’ll probably read them again. 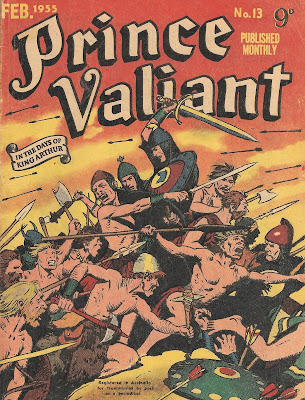 NOTE: The Prince Valiant comic books my father collected in 1954-55 were published and distributed by Associated Newspaper Ltd. of 60-70 Elizabeth Street, Sydney. They were printed by Sungravure Ltd, Forbes Street, Woolloomooloo.