The Charm of the Singing Sword 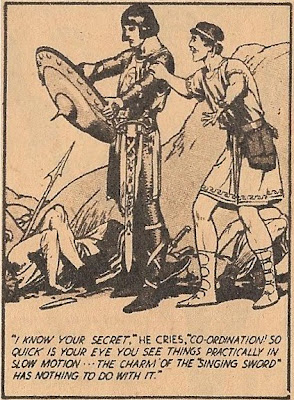 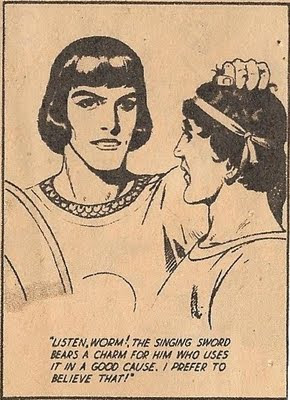 After observing him in battle, Val's companion Slith believes he's discovered the "secret" of the Singing Sword: "So quick is your eye you see things practically in slow motion," he tells Val. "The charm of the Singing Sword has nothing to do with it."

Prince Valiant, however, disagrees: "Listen, worm! The Singing Sword bears a charm for him who uses it in a good cause. I prefer to believe that!"


Art and text: Hal Foster (from installment #130, August 6, 1939).
Source: From one of the Prince Valiant comic books my father collected in 1954-55 and which were published and distributed by Associated Newspaper Ltd. of 60-70 Elizabeth Street, Sydney.