Galan to the Rescue 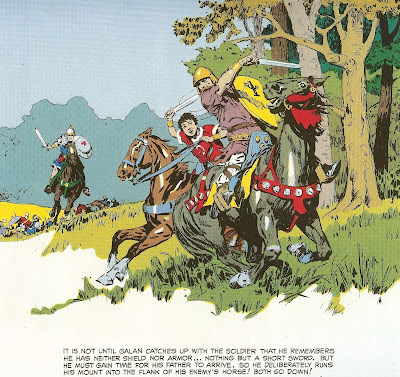 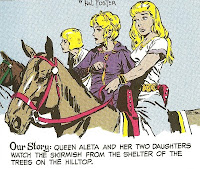 As his father and Sir Launcelot engage a troop of King Claudas' horsemen, young Galan sees one of the king ruffians approaching his mother, Queen Aleta, and sisters, Karen and Valeta, hidden in the nearby woods. Prince Valiant hears his wife scream, yet even as he sets spurs to his mount he knows he cannot reach the danger in time. It is Galan who charges to the rescue.