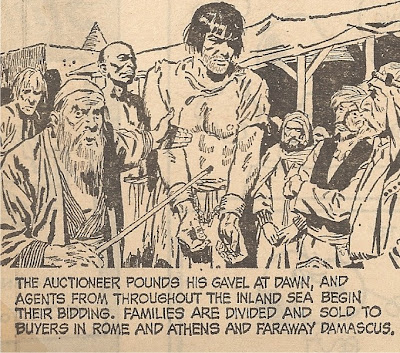 Abducted by a Corsair raiding party, Prince Valiant is sold into slavery and forced to work in a Sahara salt mine. His eldest son Arn, with the help of Salam Fulda and Ahmed Al-Gebr, would eventually rescue him.

Prince Valiant's travails in the Sahara meant he was absent from Camelot for a rather momentous event.

It should also be noted that this was not the first time that the Prince of Thule had endured such mistreatment. In his youth he had been sold into slavery to a rich Syrian merchant. Guile and patience, however, helped secure his freedom. 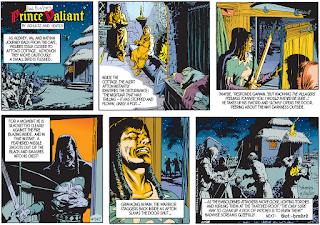