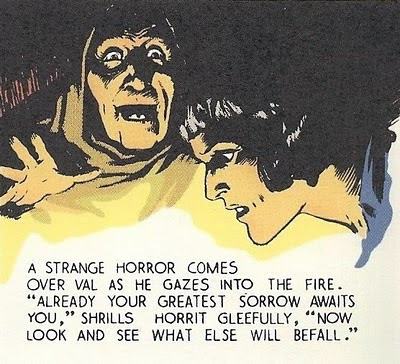 The witch Horrit predicts the young Prince Valiant's future: "You will confront the unicorn, the dragon and the griffon, black men and yellow. You will have high adventure, but nowhere do I see happiness and contentment. . . . Already your greatest sorrow awaits you . . ."

Thankfully, the part about never knowing happiness and contentment doesn't pan out for Prince Valiant. However, a great sorrow did indeed await the young prince upon returning home from Horrit's hovel in the gloomy depths of the English Fens: news of his mother's death.