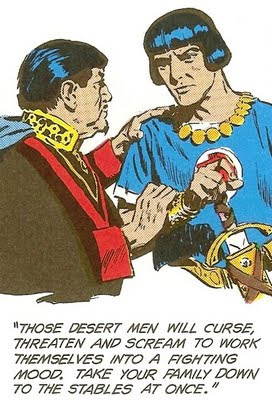 When Prince Valiant upsets a greedy caliph by angrily refusing to sell him either his wife or one of his daughters, the Governor of Lyon advices him to gather his family and leave the city at once.