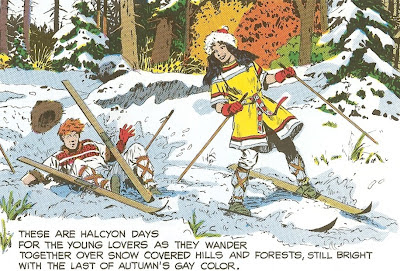 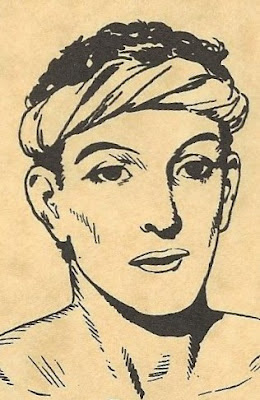 Ramud of Tunis, the brave and resourceful youth who played a key role in helping Prince Valiant rescue his future wife Aleta from the tyrant Donardo, Emperor of Saramand. 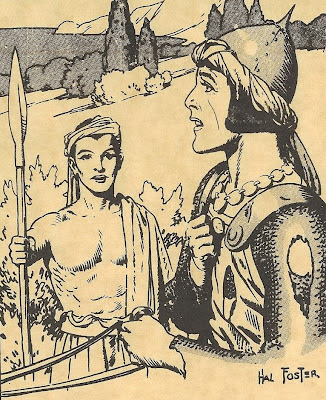 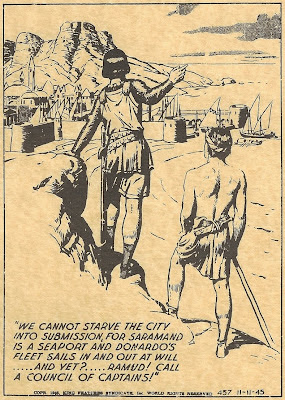 The Abduction of Lord Grunyard

Much to the embarrassment of Prince Valiant, not only is Lord Grunyard abducted right under the noses of Camelot's finest, but the brazen operation is orchestrated and led by a woman – the false Lady Grunyard!

Prince Valiant quickly organizes a mounted pursuit – one that eventually takes him and Sir Gawain to Lord Grunyard's desolate fiefdom of Lockbramble.

A Symbol of Faith and Hope 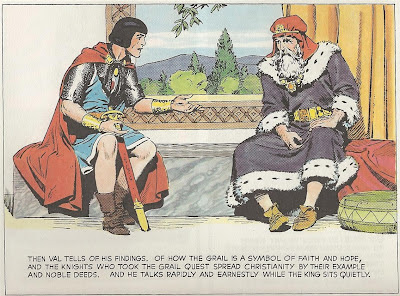 Returning from his quest for the Holy Grail, Prince Valiant tells King Arthur of his findings. 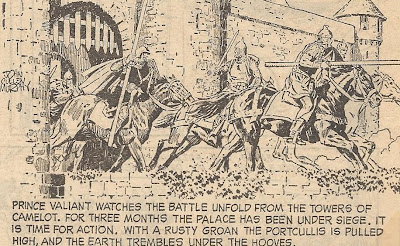 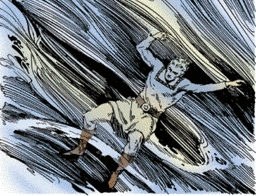 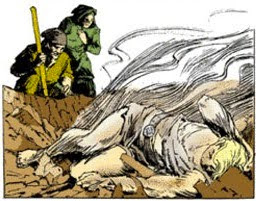 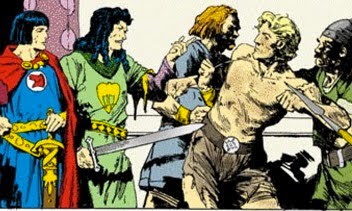 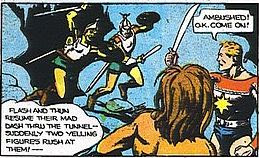 Quote of the Day

I really, really, really enjoyed moderating the anniversary Prince Valiant panel. R.C. Harvey, Gary Gianni, Mark Schultz and Thomas Yeates are all super-nice, articulate, talented comics-makers and they were pretty straight-forward and honest about the joys of doing that particular strip – THE comic strip, in a sense – and the frustrations of things like newspapers' falling fortunes and the physical space afforded Prince Valiant on the Sunday page.

The questions were pretty amazing from the audience at that panel, including a gentleman in charge of Hal Foster's library, who read out loud a dedication from Ray Bradbury to Foster – stupendous to hear that.

Gary Gianni is apparently doing the Game Of Thrones calendar for next year, which should be pretty great-looking.

Email ThisBlogThis!Share to TwitterShare to FacebookShare to Pinterest
Labels: Gary Gianni, Hal Foster, Mark Schultz, Quote of the Day, Thomas Yeates
Newer Posts Older Posts Home
Subscribe to: Posts (Atom)
WELCOME!
For an introduction to Prince Valiant and this blog, click here.
For the latest Prince Valiant page,
click on the image below.