A First for Prince Valiant

Four years ago, back in April of 2014, the Prince Valiant adventure strip had a "first" in its then 77-year history. Although in the grand scheme of things it was not a particularly earth-shaking event, this "first" was nevertheless an interesting and, in some ways, significant sign of progress.

This "first" appeared in two panels from the April 20, 2014 page (one of these panels is at right) and it no doubt went unnoticed by most readers.

To fully appreciate its significance (not to mention to discern, if you haven't already, what it is I'm actually talking about), I invite you to take a look at the following panels from the history of Prince Valiant dating back to 1938.

In these depictions of the Prince of Thule's anatomy do you see anything missing? 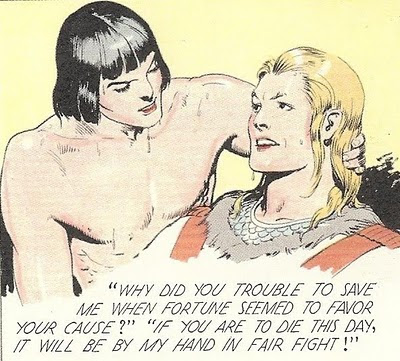 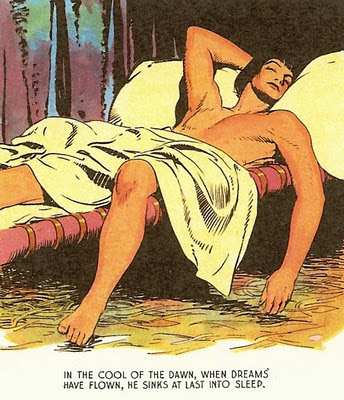 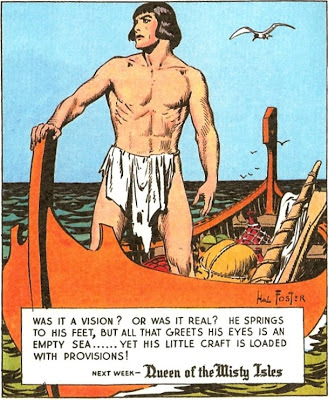 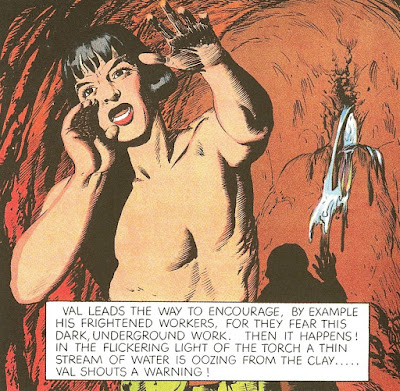 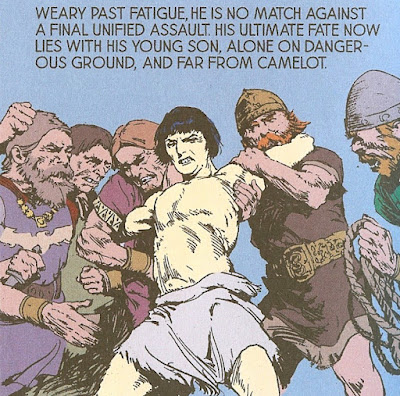 Last December, Cullen Murphy, who wrote Prince Valiant for most of the 30+ years that his father John Cullen Murphy drew the strip from the early 1970s to 2004, was interviewed by Terry Gross, host and executive producer of National Public Radio's Fresh Air program. One of the things that Murphy discussed was the "censorship" which for decades of Prince Valiant's history prevented the showing of, among other things, nipples.

Cullen Murphy: The bullpen were the people who received the strips – the original strips when they were sent in by cartoonists and then prepared them for publication, and they were the line of first resort when it came to – I guess we'd have to call it censorship. And he had a list of what he called 35 noes - the things you couldn't show. And, you know, some of them would be obvious, and some of them were not obvious. Like, you weren't allowed to show a pair of dirty socks lying on a chair.

Terry Gross: Well, let me stop you there. You have a drawing that your father did from when he was drawing a comic strip about a prizefighter called "Big Ben Bolt." And so of course, he's bare-chested. He's in the ring, and he has no nipples (laughter).

Cullen Murphy: That's right. You know, if you can't use nipples on men, you're going to have something lacking when you depict prizefighters, or in strips like Alley Oop or in B.C. – any place where you have bare-chested men. And navels is a problem, too. . . .

Terry Gross: We – you know, the curious thing is that, you know, men were already on beaches with bathing trunks and no top. It's not like this was something that children hadn't seen. Like, you can't let a child see a man with nipples.

Terry Gross: . . . Or you can't let a child see a belly. Like, children were always so curious about what they're – you have an innie or an outie? And so why were these prohibitions existing? What were they about?

Cullen Murphy: Well, I think you have to go back and look at the structure of the industry just more broadly. This is a mass medium in publications with largely conservative owners, and things that are being printed have to conform to – you know, standards is probably the wrong word, but the – you know, the wishes of, you know, a certain large proportion of the readership. It's an issue that affects any kind of mass medium.

And so, you know, comic strips were subject to that, and as a result, you know, lots of things would creep in that otherwise would be accepted by almost everybody as normal – for instance, smoking a pipe. Because tobacco was frowned on in some areas, you know, smoking a pipe in some places could be, really, a problem, and pipes would be whited-out of the strip. So you'd have some guy with his hand up to his mouth as if he's holding something, but there's nothing there.

Well, thanks to current Prince Valiant illustrator Thomas Yeates, nipples are no longer banished from the revered adventure strip!

And as I noted at the beginning of this post, their first appearance was on the Prince of Thule himself in the April 20, 2014 installment (or page).

Since that time Yeates has been very diligent in accurately depicting Prince Valiant's manly bare chest . . .

. . . as can be seen in the illustration above.

And it's not just Prince Valiant who gets to be shown in all his anatomical correctness (and glory!) . . .

. . . but also Val's son-in-law Vanni (seen above tormented and imprisoned in the fortress of the sorcerer Azar Rasa), and the desert brigard Numair (pictured below). 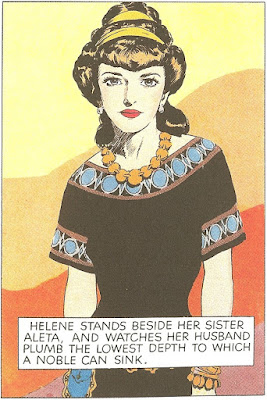 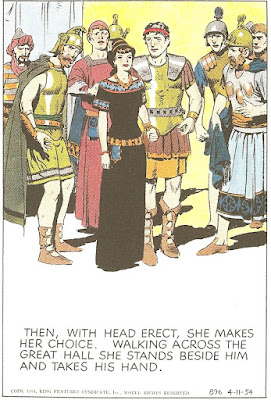 Email ThisBlogThis!Share to TwitterShare to FacebookShare to Pinterest
Labels: Hal Foster
Newer Posts Older Posts Home
Subscribe to: Posts (Atom)
WELCOME!
For an introduction to Prince Valiant and this blog, click here.
For the latest Prince Valiant page,
click on the image below.