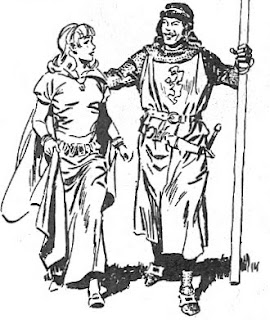 Prince Valiant and Queen Aleta's daughter Karen has been smitten by a brash and cocksure young squire named Marcus.

"Just wait," he tells her, "I will win top honors at [the tourney at] Pentecost and you will bask in my reflected glory."

Karen also has an admirer in Alp Arslan, a young man from the Misty Isles whom she first encountered months earlier in Dalmatia. 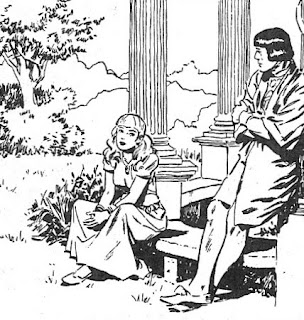 "It's not fair," Karen's twin sister Valeta complains to Prince Valiant. "Karen now has two admirers and I have none at all."

"Perhaps," her father responds, "you will have a secret admirer who will fight for your favor in the tourney. But Valeta, who is as much in love with love as her twin, but not half as lucky, is not consoled. 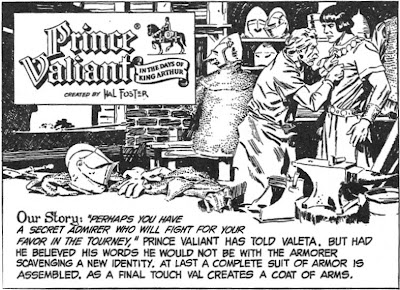 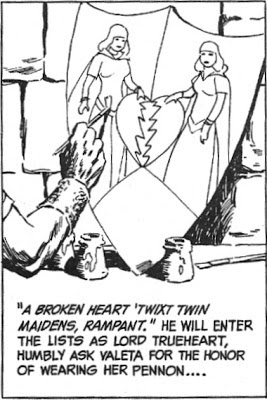 . . . and with luck teach that young Marcus a lesson or two. 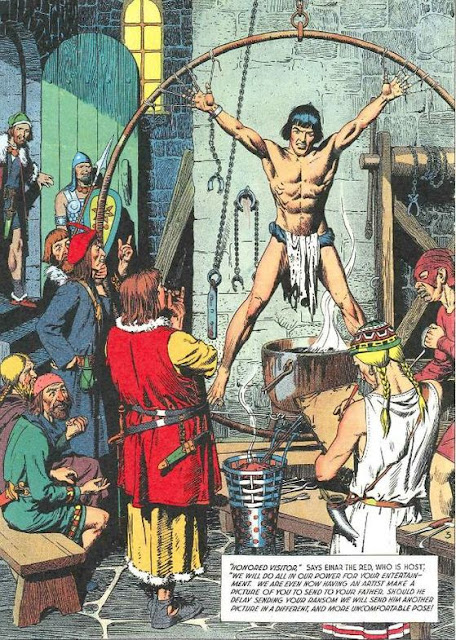 Email ThisBlogThis!Share to TwitterShare to FacebookShare to Pinterest
Labels: Hal Foster, Quote of the Day
Newer Posts Older Posts Home
Subscribe to: Posts (Atom)
WELCOME!
For an introduction to Prince Valiant and this blog, click here.
For the latest Prince Valiant page,
click on the image below.