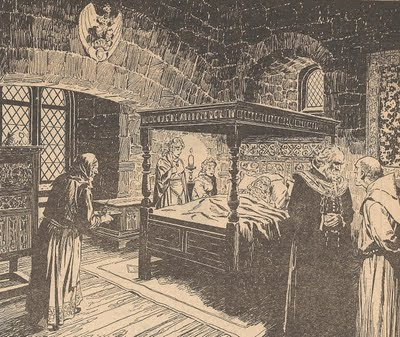 Here's another great contribution to the Prince Valiant canon by artist John Cullen Murphy. (To view and appreciate this image even more, be sure to click on it to enlarge it.)

Late into the evening doctors whisper in Latin near the king's door. But always at midnight Aleta slips through their learned gossip to join Guinevere at Arthur's side. The peppery beard heaves fitfully upon his breast as a strange hush broods over the palace. Outside, a soft June wind stirs the trees. "Camelot is not forever," the branches seem to say, "and the king is but a man." 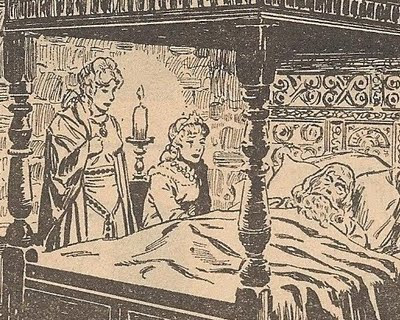 NEXT: The Banishment of Mordred