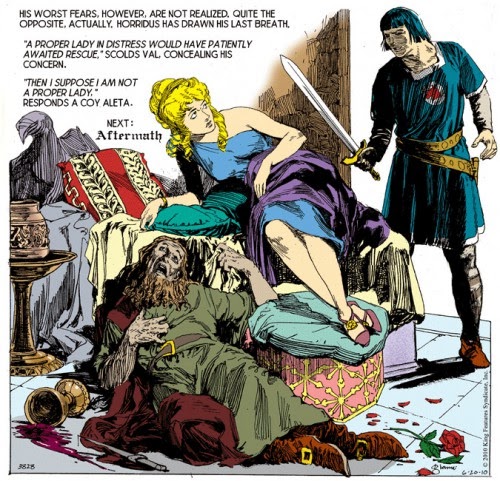 Horridus, who used terror, hate and kidnapping to further his schemes of power, is dead by Aleta's hand.

Val shakes his head. "Strange – I seem to have fought him for years, but never face to face."

Aleta glares at the corpse. "He did not deserve a warrior's trial by arms. His colossal ego and lack of honor undid him. He knew only contempt – especially for women. To him I was just a means to gain revenge upon you. He looked past me – he was so confident in himself – and so careless."