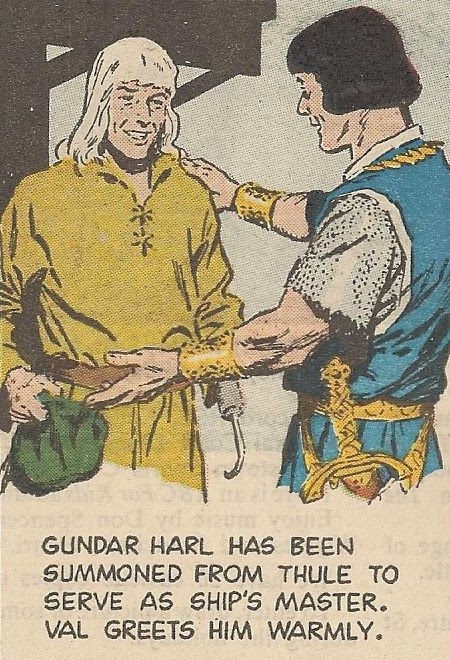 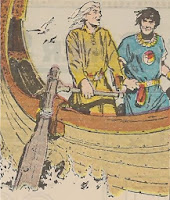 Prince Valiant's longtime friend Gundar Harl has been summoned to Camelot from Thule to serve as ship's master on a voyage to find the lost colony of Thule.

Years earlier, Val's father, King Aguar of Thule, had sent forty families to colonize the newly found lands west of Greenland. Yet no one has heard from them in years, and now King Godfred of the Danes wants the lands for himself.


See also the previous posts:
• Gundar's Story
• Friends on the High Seas
• The Whirlpool
Posted by Michael J. Bayly at 7:00 AM