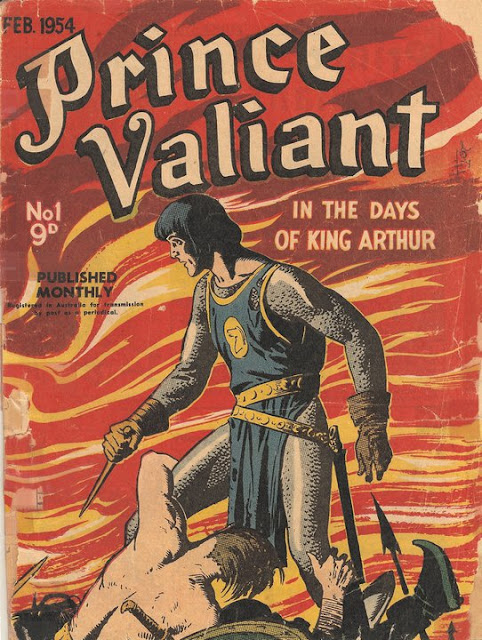 True, "tattered" could be a reference to the young Prince of Thule's clothing in this illustration (he is, after all, depicted as the sole survivor of the siege of Andelhrag), but it's actually describing the state of the cover of the first volume in a series of Prince Valiant comic books my father, Gordon Bayly, collected in 1954-55.

This series was published and distributed in Australia by Associated Newspaper Ltd. of 60-70 Elizabeth Street, Sydney, and printed by Sungravure Ltd, Forbes Street, Woolloomooloo. Although they were published in the mid-1950s, the stories contained in these comic books were reprinted were from the early days of the Prince Valiant adventure strip; 1937-1942 to be specific.

For my 2011 interview with my Dad about his interest in and collecting of Prince Valiant, click here.